50 Years Later: How the Video Game Industry is Still Thriving

After the 1958 unveiling of Tennis for Two, small circles of computer programmers and technology enthusiasts began discussing ways to build on the world’s first video game. While this early game was extremely popular in it’s run as an exhibit, nobody quite knew what was going to happen next.

Over the next decade and a half, major developments were made that exponentially advanced gaming and computer technology. Then, In 1971, everything changed. For the first time, a video game was being made available for commercial sale.

Computer Space was the first arcade style game, and also the first game which was sold on the open market. Although the sales - about 1500 units total - were rather unimpressive, Computer Space opened the first door of monetization of video games. Fast forward 50 years, and video games have turned into a $65 billion dollar industry, and all signs point to that number continuing to rise.

What makes video games such a lasting part of society is their intrinsically evolving nature. From the technology and platforms they’re played on to the demographics of gamers, the video game industry is no stranger to change. In light of the 50th anniversary of the commercial video game industry, we took a look at the three biggest trends that fueled it’s incredible growth:

You Can Build a Legitimate Career on Video Games

Previous generations scoffed at the idea of video games being anything beyond a cheap source of entertainment. Today, dozens of legitimate career paths exist in gaming.

Video Game studios are employing designers, testers, marketing personnel, and much more, but that’s just the tip of the iceberg. Professional gamers and content creators are raking in absurd sums of money doing what they love.

Felix Kjellberg, the Swedish content creator known online as PewDiePie, made a name for himself streaming gaming videos on Twitch and YouTube. “My parents said that sitting at home playing video games all day won't bring you anywhere in life,” joked Felix as he reflected on his career path. With over 110 million subscribers on YouTube, PewDiePie is reported to have a net worth north of $50 million.

Another rising trend in gaming is the mainstream acceptance of eSports. This form of competitive, professional gaming is gaining traction worldwide. The International Dota 2 Championships have been increasing their prize pools dramatically over the past few years, and in 2019 gamers competed for their share of over $34 million.

One of the world’s most famous eSports athletes is Johan Sundstein, known more commonly as N0tail. The Danish gamer has won four major tournaments and collected over $6 million USD in prizes during his young career. 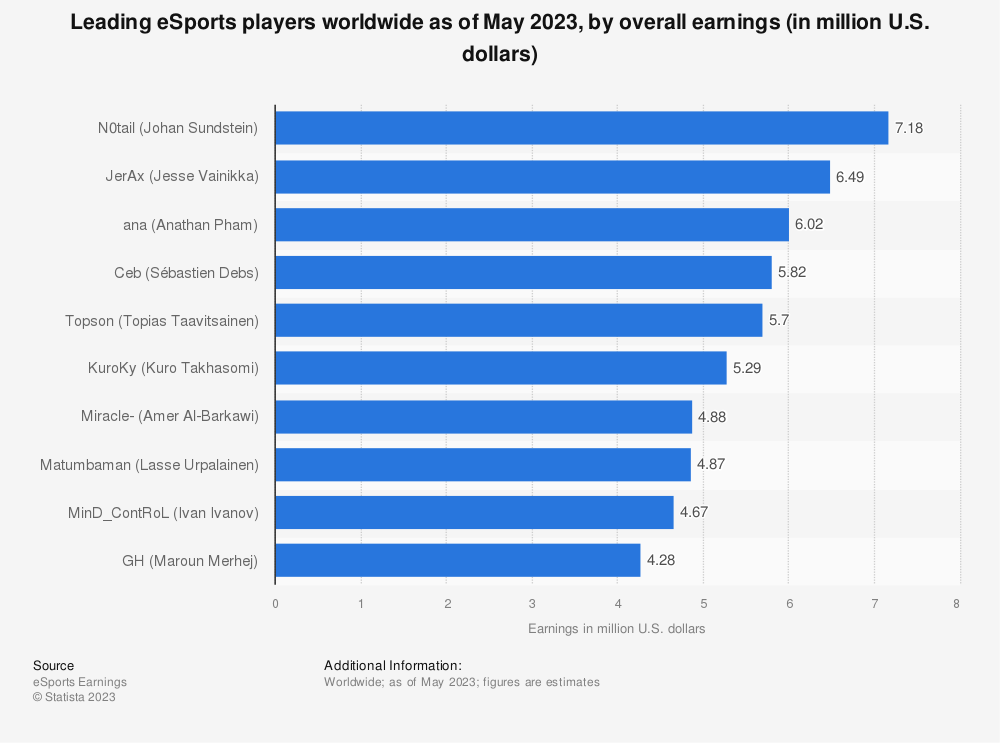 Adoption of computer and video gaming didn’t happen overnight, but as early gamers aged into adulthood, the overall attitude of society shifted. Today, over 65% of adults play games regularly, and over 75% of US households have at least one gamer under their roof.

Video games had traditionally been seen as a very male and youth-dominated hobby. A stereotype long existed that only teen and adolescent boys spent a significant amount of time gaming. However, data from the past decade shows that these ideals are being challenged in a real way.

Statista reports that 41% of gamers today in the US are over the age of 34. They also indicated that 46 percent of computer and video gamers in the United States are female. The rise of smartphone and free-to-play games have played a seminal role in de-stigmatising and broadening the reach of gaming.

With each passing decade, gaming technology has exponentially improved. With new, breakthrough technology hitting the market all the time, it’s easy to understand why gamers are always waiting with baited breath for the next update.

Visuals went from 8-bit blobs of color to immersive, interactive worlds. Hundreds of individual games became so beloved along the way that entire communities were built among fans. Gamers continue to stare in disbelief every time graphics jump to the next level and games feel more real than ever before. With the rise of Virtual and Augmented reality, players can immerse themselves even deeper into the game’s environment.

Delivery went from coin-operated arcade machines to physical copies of games that you could bring home. Then, the 2010’s brought digital downloads and free-to-play mobile games that you can install and play within minutes. Each time games become more ubiquitous, the base of potential gamers grows a bit more. With that, studios find new, creative ways to monetize their games and generate revenue from players.

The world of computer and gaming technology is in a constant state of development. Discussions rage online at all times about the newest computer components, upcoming console releases, and game announcements. As long as the video game industry continues to innovate, gamers will be ready with open wallets at the next release.

Your Battlestation is Your Happy Place

At Oeveo, our mission is to help gamers set up the ultimate battlestation. Not only are you chasing the ideal aesthetic, but also quality products that protect your expensive tech investments. 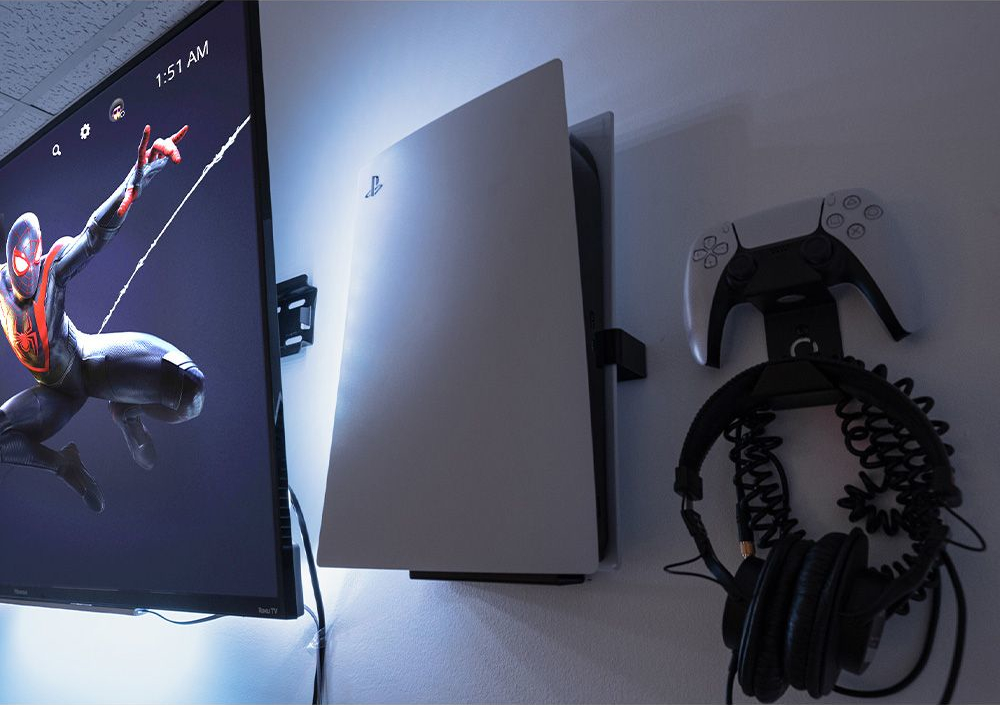 Our 100% American-Made products ship free to the lower 48 and are designed to:

We keep convenience in the forefront of our designs so you don't have to worry about any extensive setup or confusing installation steps. All of our mounts come complete with detailed installation instructions and all the fasteners you’ll need. Don’t wait - mount up!

Is it Safe to Mount a Gaming Console to the Wall? 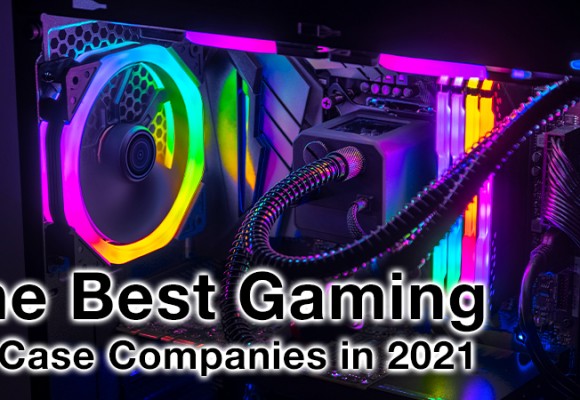 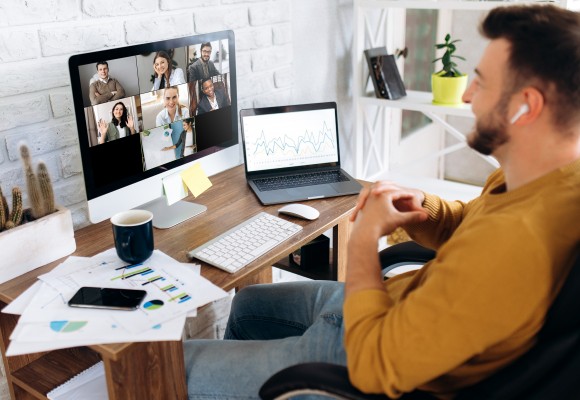 Hybrid Work From Home Model: The Future of Office Work